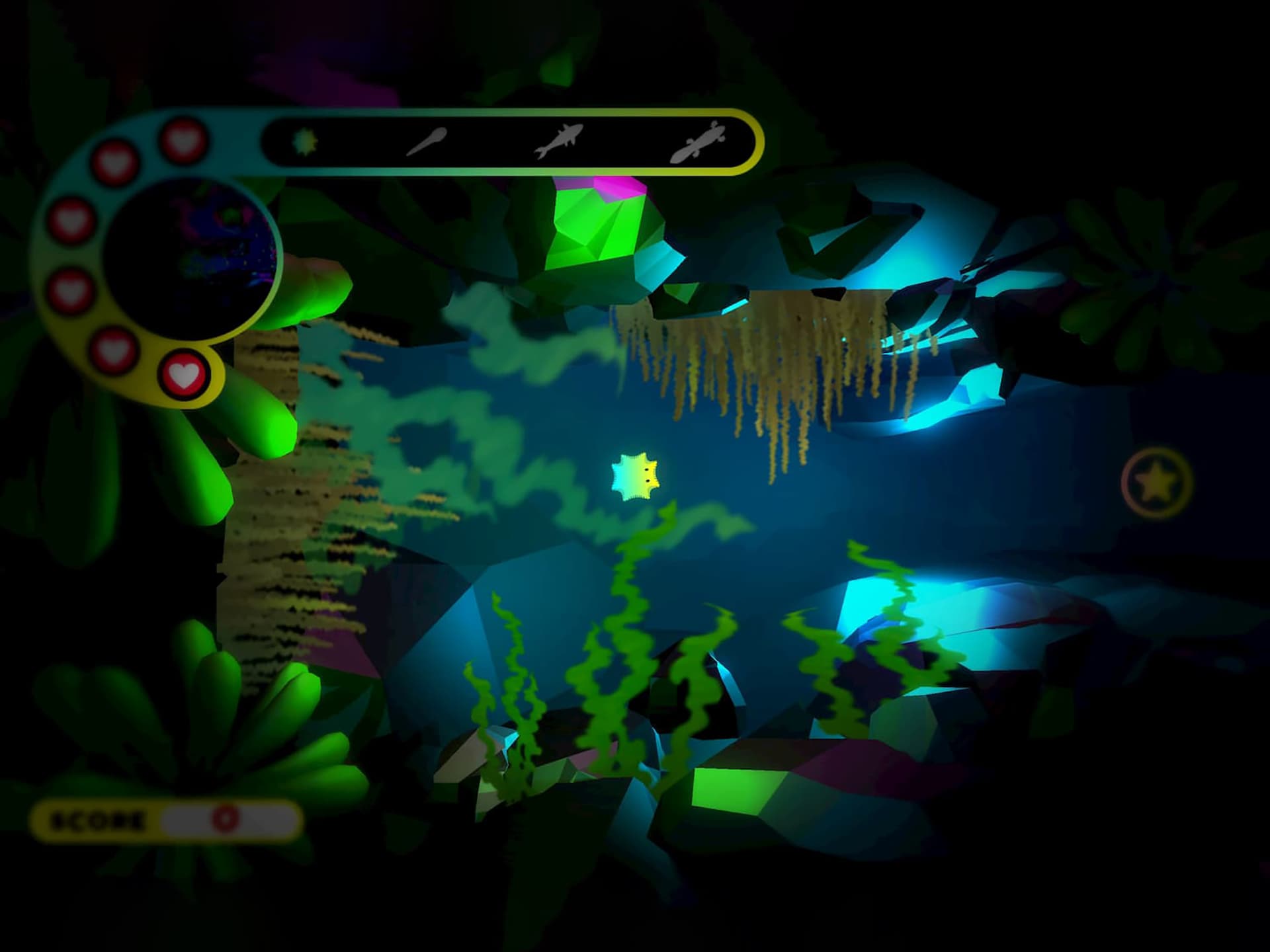 Under the instruction of Christopher Weaver, I worked with a team of four other students at Wesleyan University to develop a game teaching a STEM concept to children from second to fifth grade. We selected evolution after conducting field research at Macdonough Elementary School, through which we discovered that numerous students either misunderstood evolution or had an erroneous understanding of it (often based in religious beliefs). Our team, dubbed EVO, felt it important to tackle this sensitive discussion and lean kids in the right direction.

Each of us working on EVO played multi-hyphenate roles—I was the art director and chief level designer, as well as a game, sound, and narrative designer. After rigorous months of development, field research, designing, and testing, our team came out successful with a fully-playable game as well as a business plan for implementing the title in school curriculums.

Our success was then at the hands of the students at Macdonugh Elementary School. Tasked with playtesting and comparing the games of several different teams, the children consistently showed a passion for EVO and even expressed their enjoyment in learning about evolution. 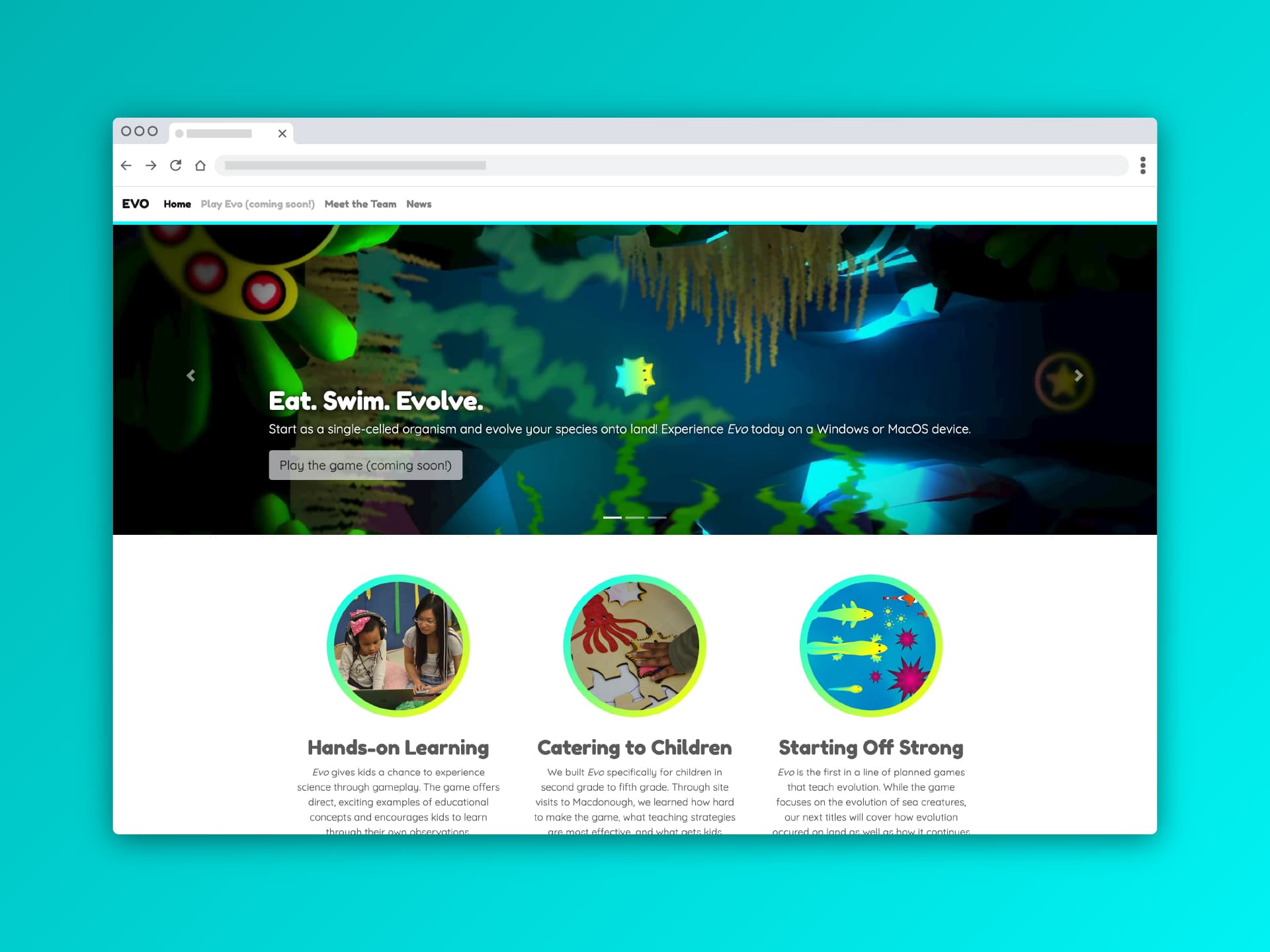 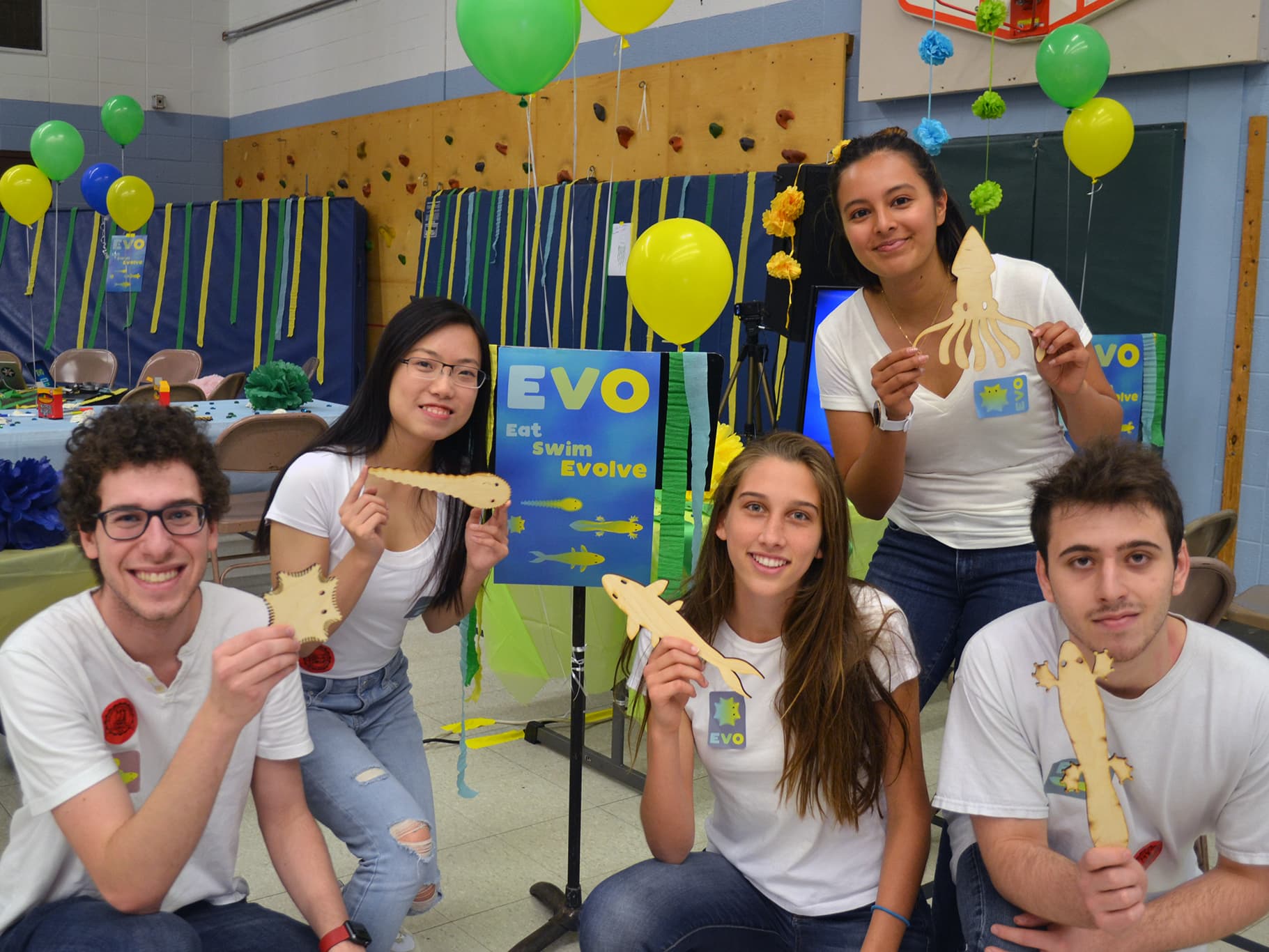 I designed and implemented all of the game's art and animations, as well as our final presentation slide deck and promotional videos. Each asset captures a different aspect of the heart and soul that made EVO.