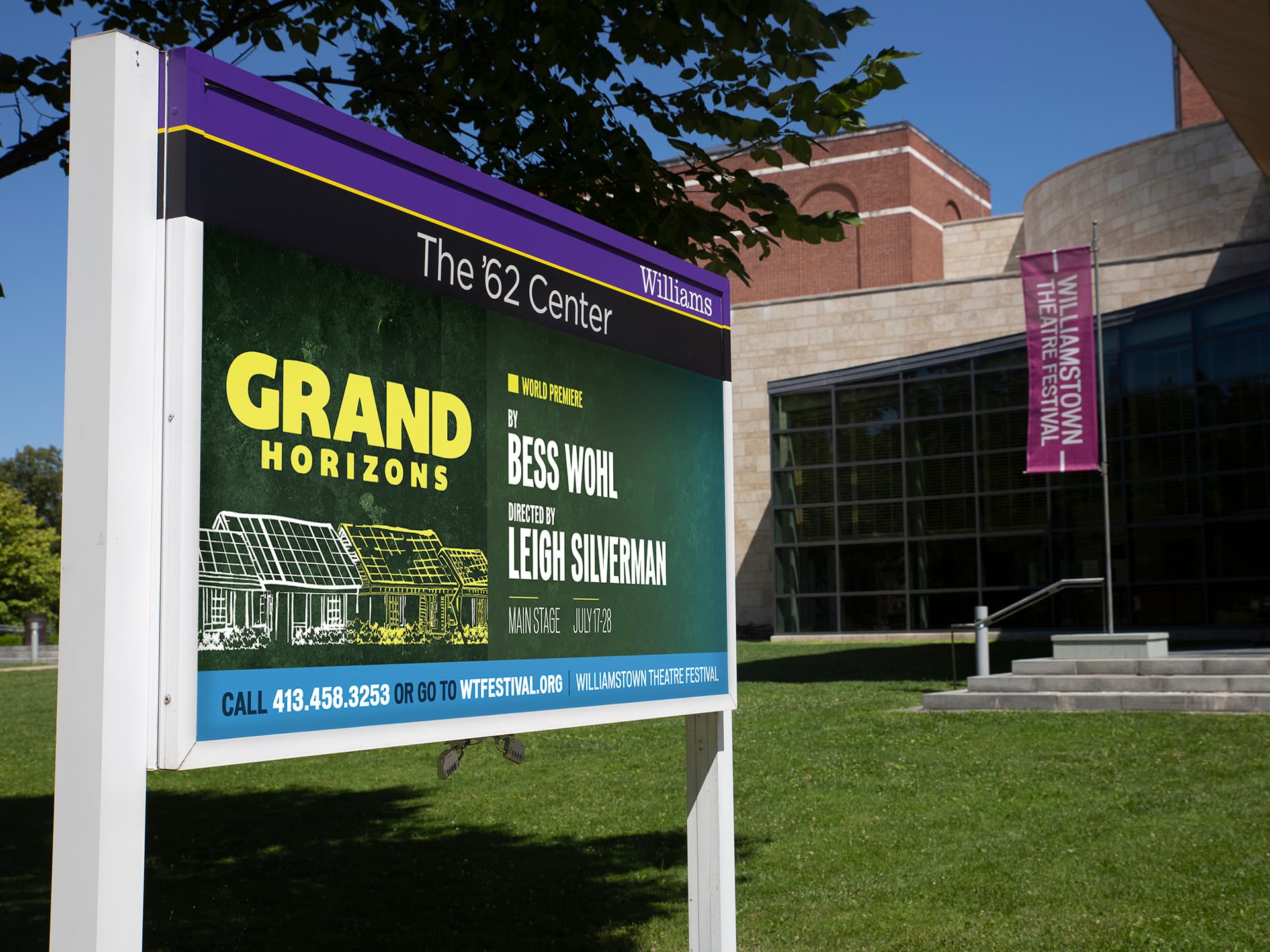 Each summer, Williamstown Theatre Festival re-emerges in the Berkshires and mounts seven theatrical productions of Broadway-level quality—many of these works eventually make their way to Broadway and Off-Broadway stages. The Festival premieres and incubates new show, granting playwrights and directors flexibility to experiment in a low-risk environment.

I joined the Festival as the Lead Graphic Designer for its 2019 Summer Season. Overseeing a team of two other designers, I worked closely with the Marketing Manager, Communications Coordinator, and a slew of other Marketing team members seven days a week for three months to meet constant deadlines. Marathon Digital had created artwork for the season's programming that my team and I expanded on to create advertisements, programs, animations, and more. 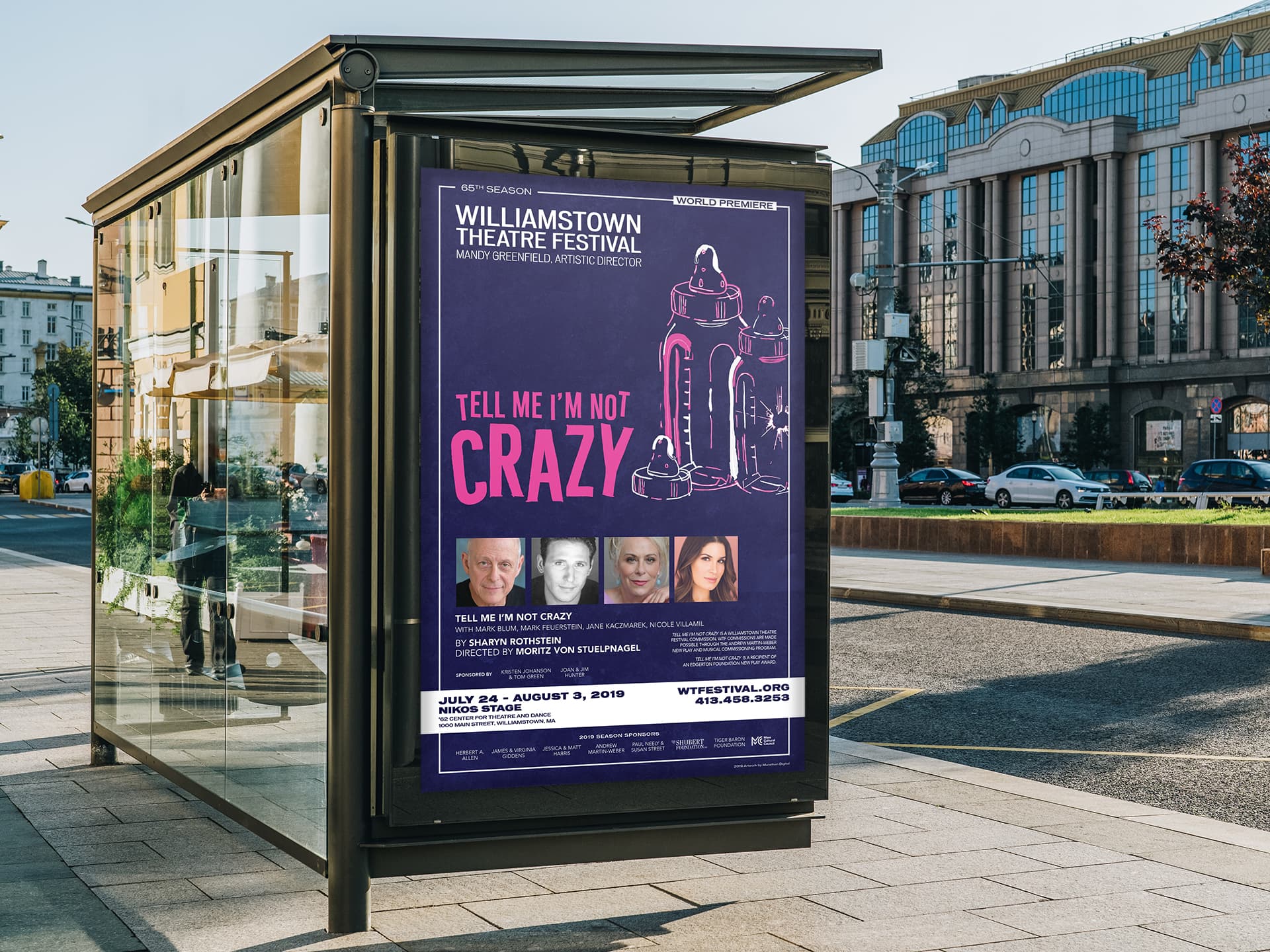 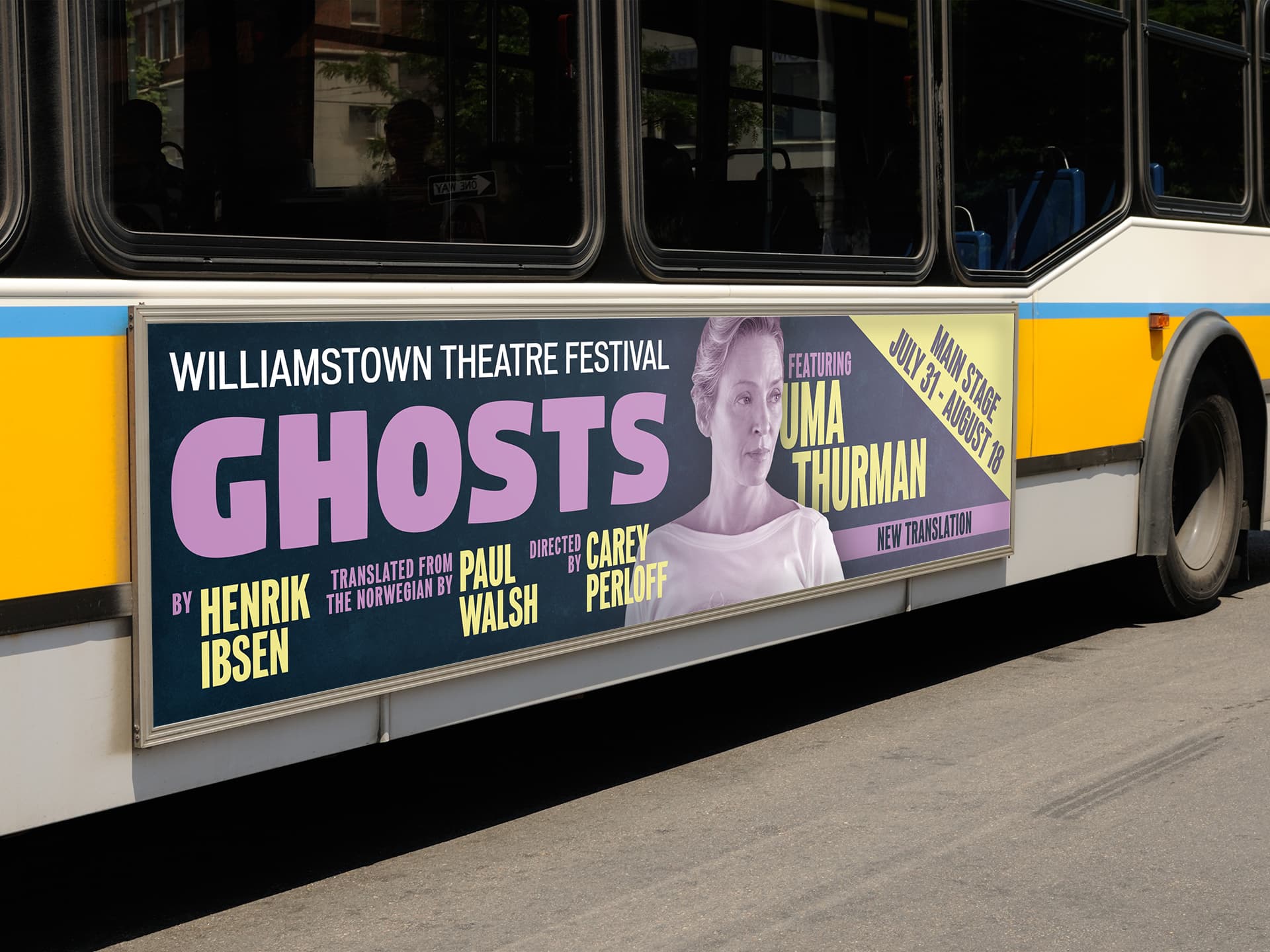 I adapted each show's visual aesthetic across all mediums. This included an end-of-season sizzle reel (which I produced in under three days), seven 52-page programs, and countless other projects. 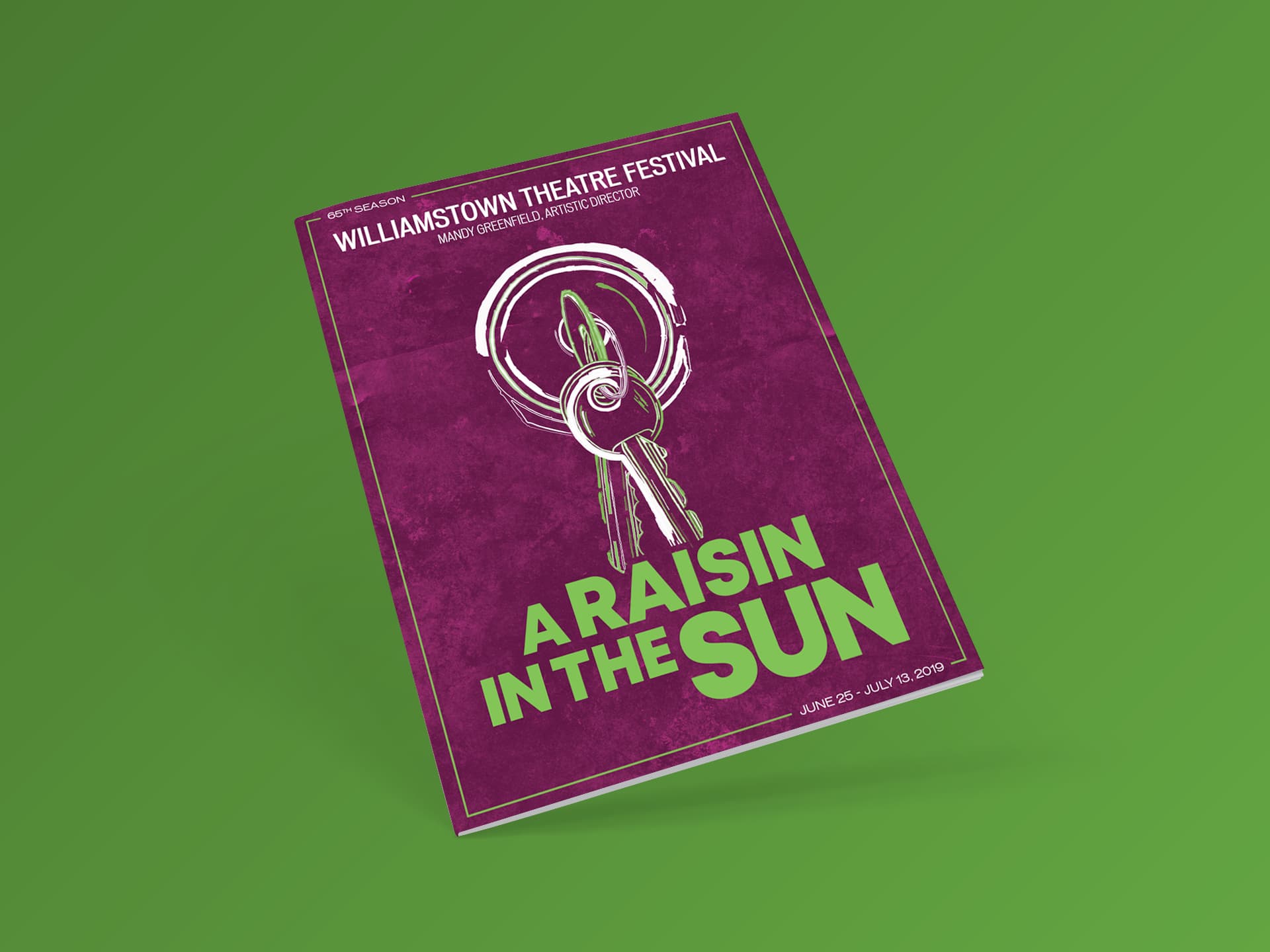 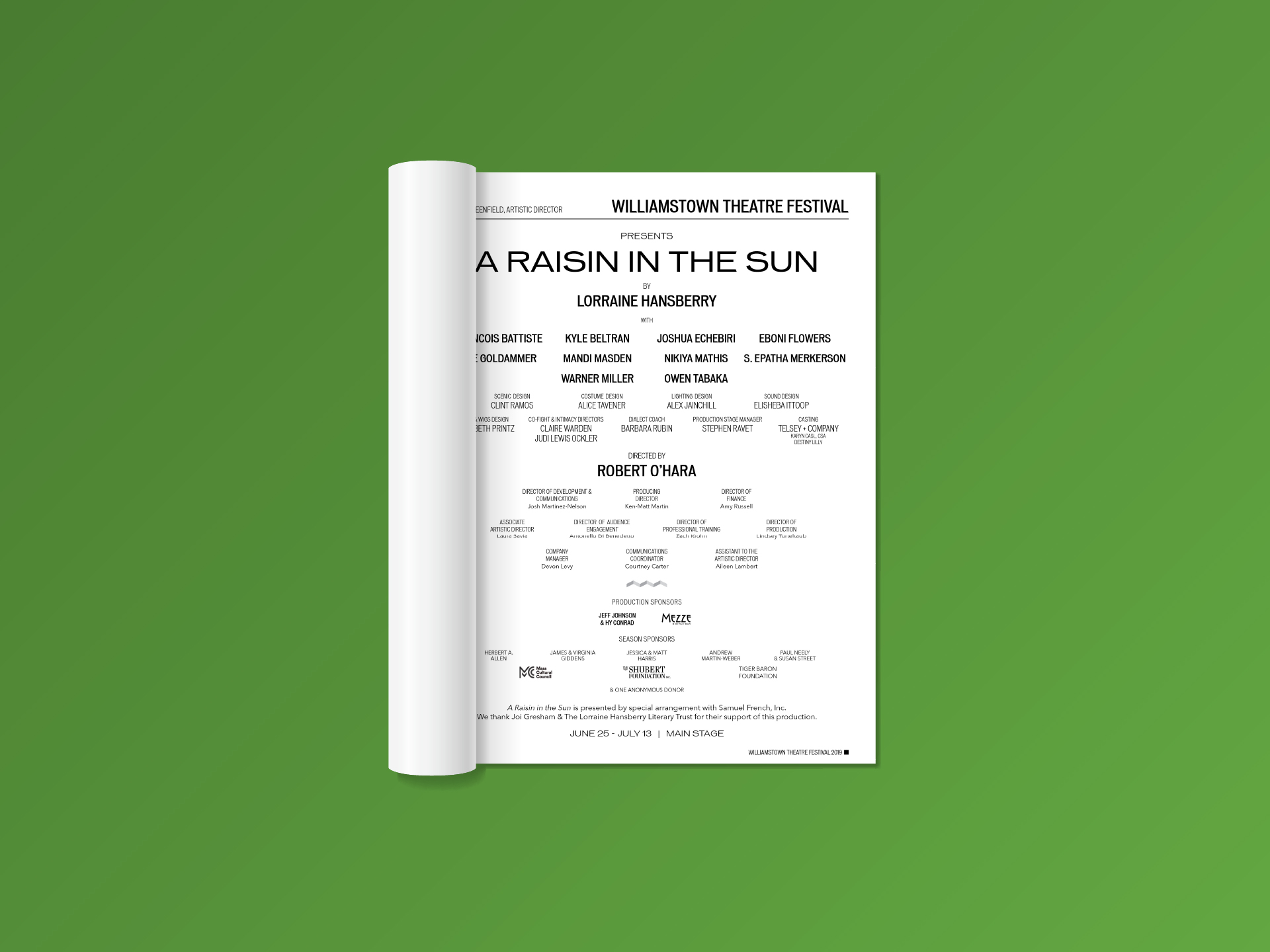 One main project involved the planning and implementation of a monitor for our main lobby, as well as the development of content for said monitor. I created a slideshow of animations for each of our productions that listed dates, creative teams, casts, and key donors. 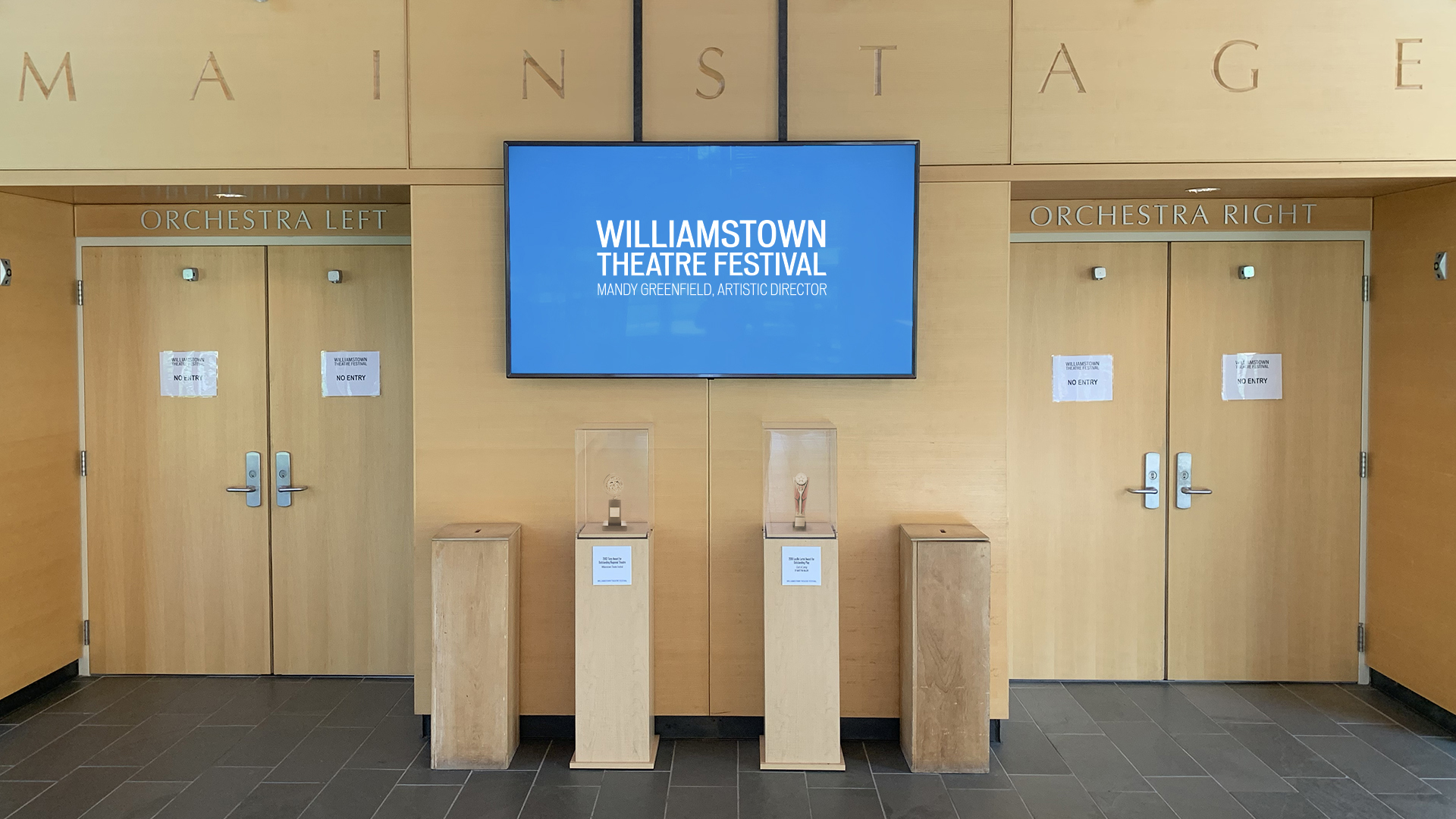 Beyond the Festival's core programming were several other initiatives. Community Works offered locals of Williamstown, MA an opportunity to act in a musical written about their community on the Festival's Main Stage. For 2019's Summer's Soldier, my teammate Samantha Hinds created an illustration that I adapted across animations and newsletters. 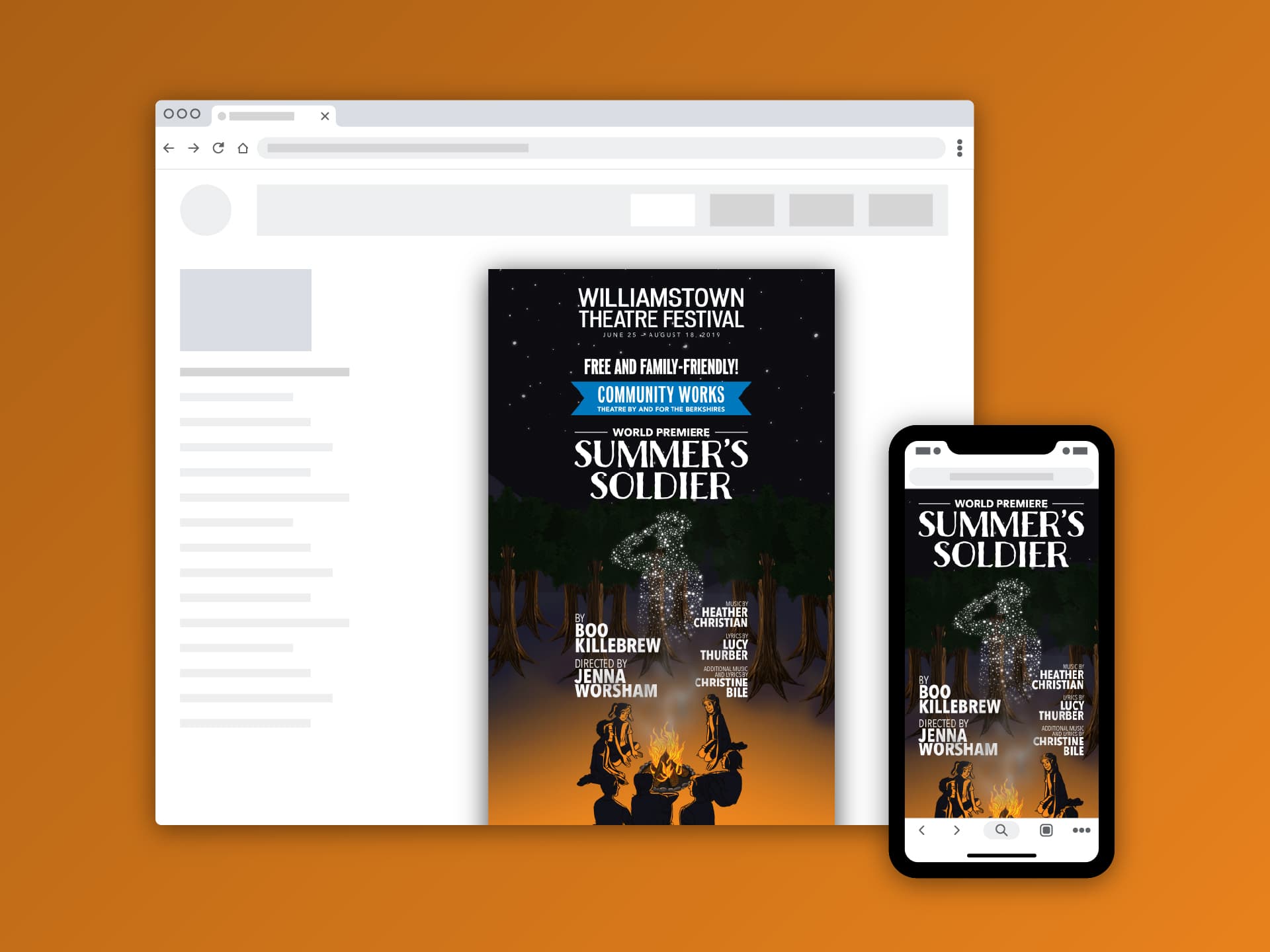 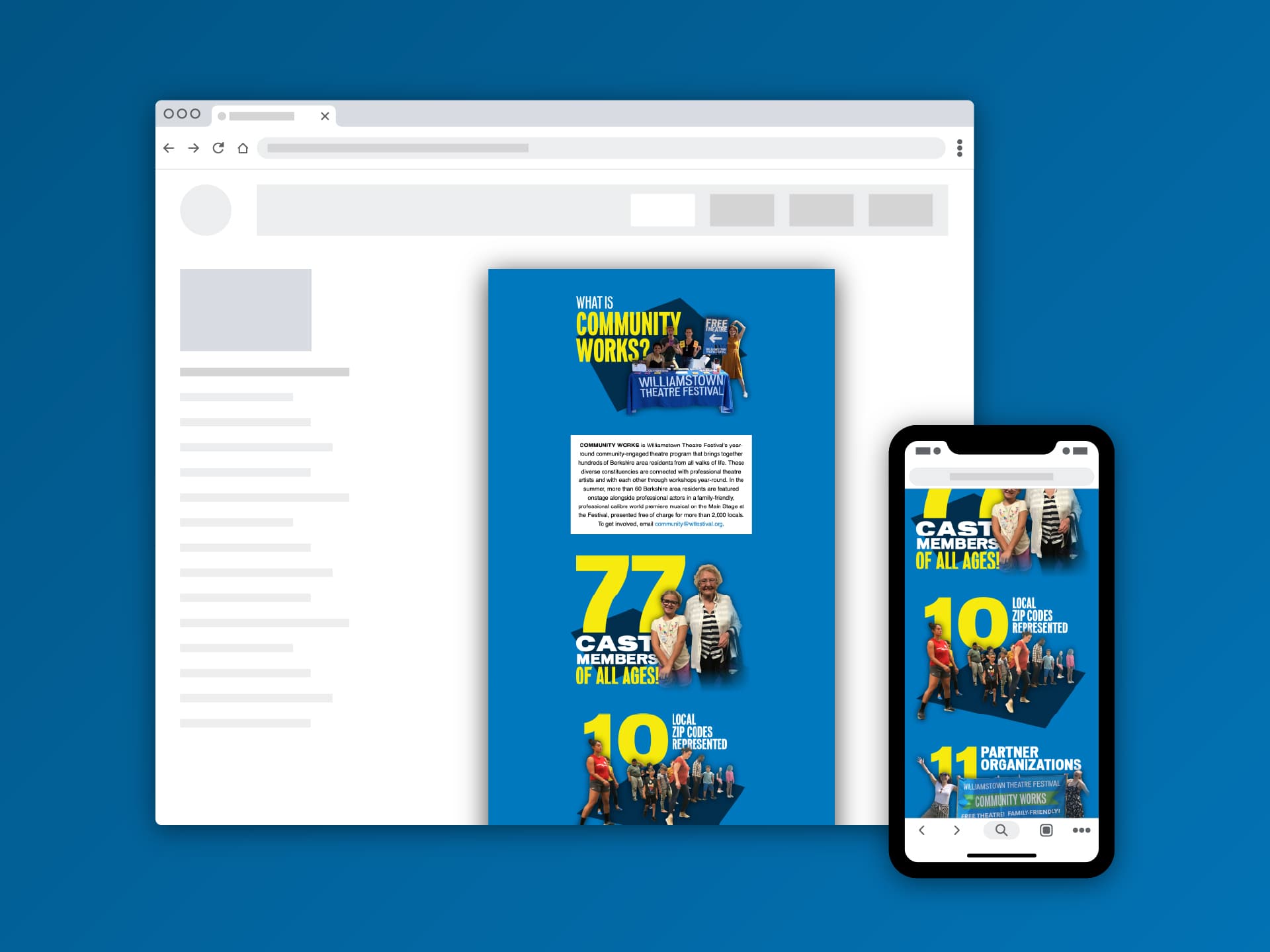 Another Festival staple is its Professional Training Program (PTP). Young artists write, direct, act in, and work on productions of varying calibers during the summer. My design team and I worked independently with the directors of PTP productions to create unique posters for each show. 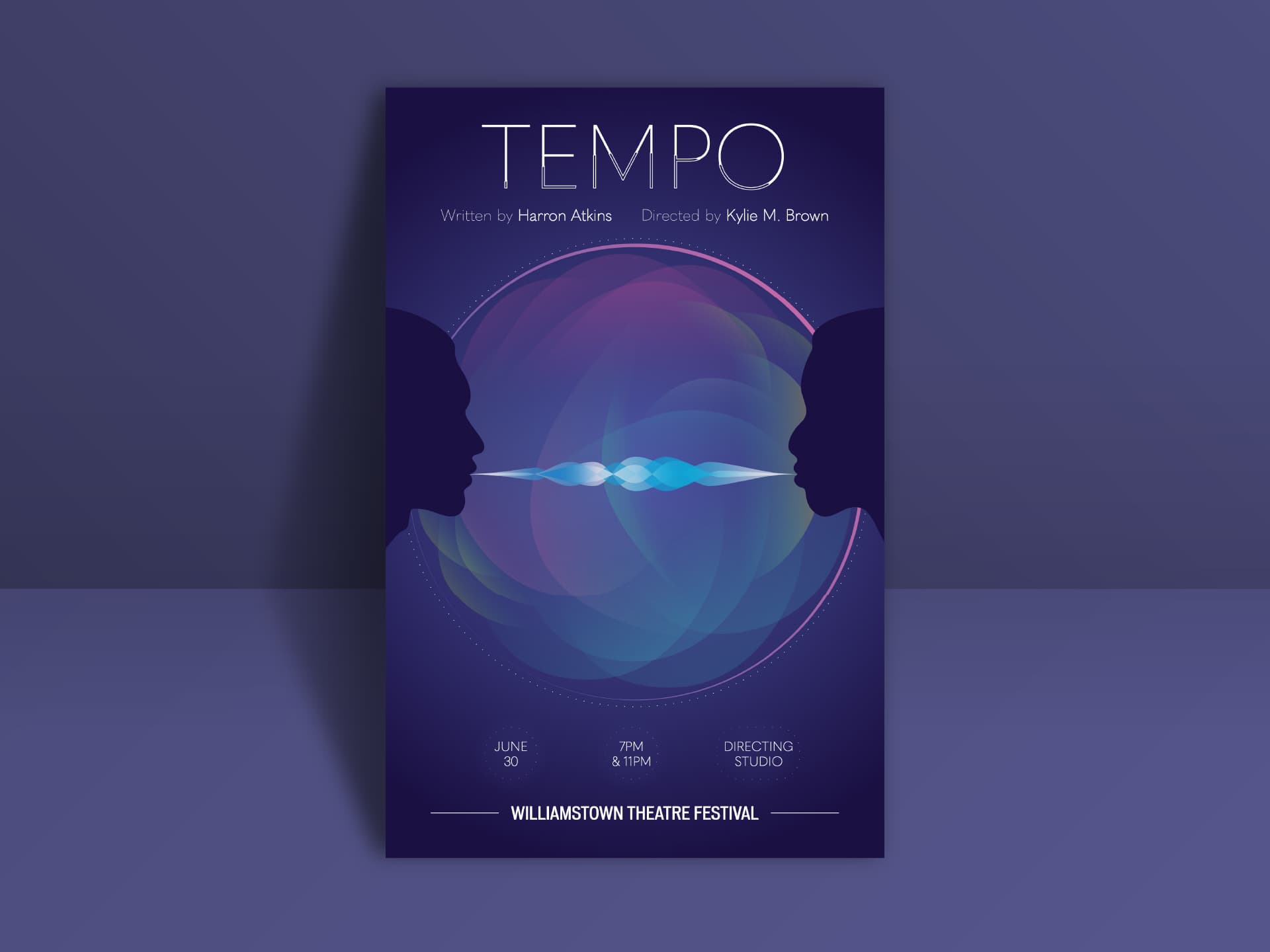 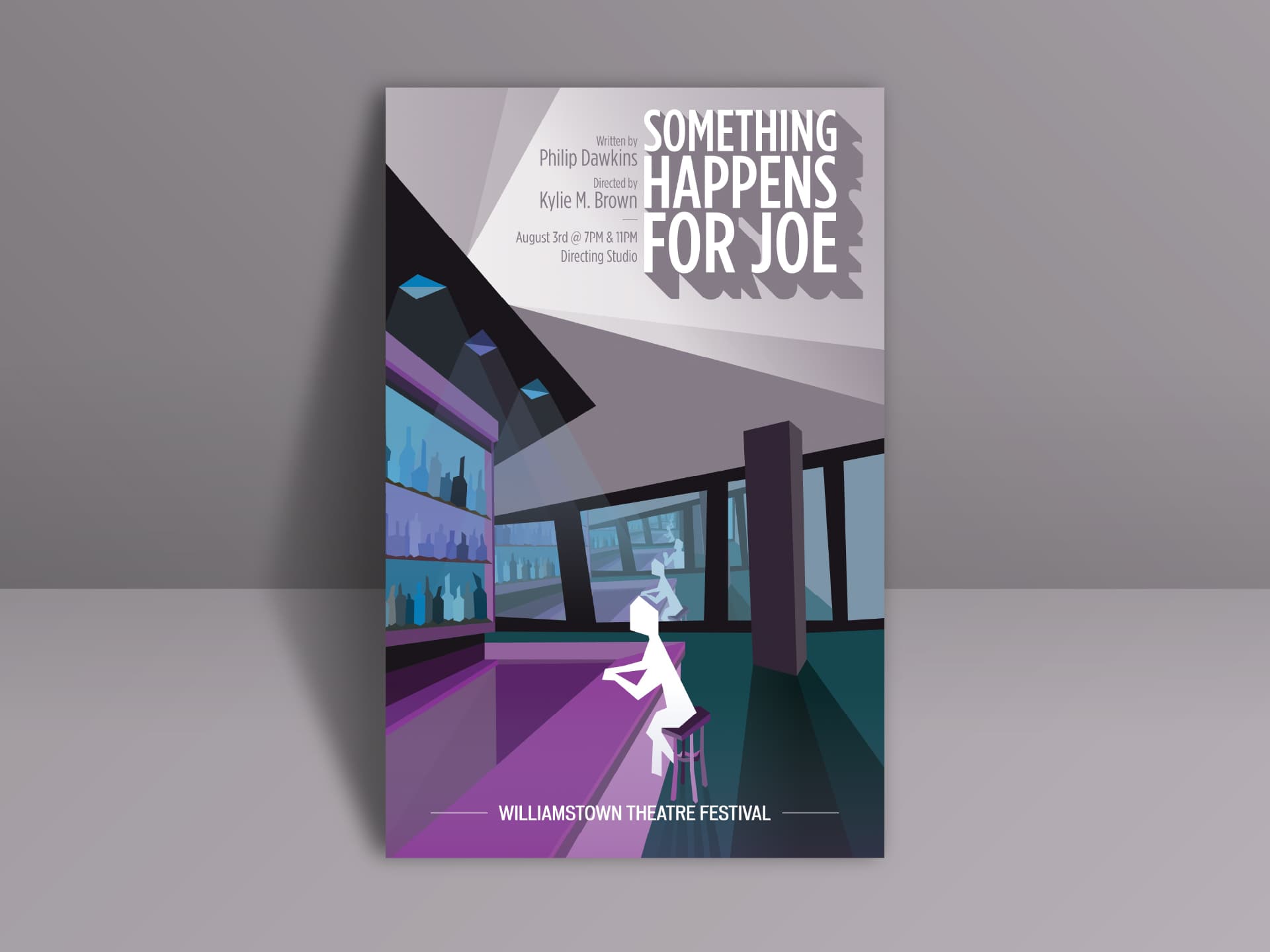 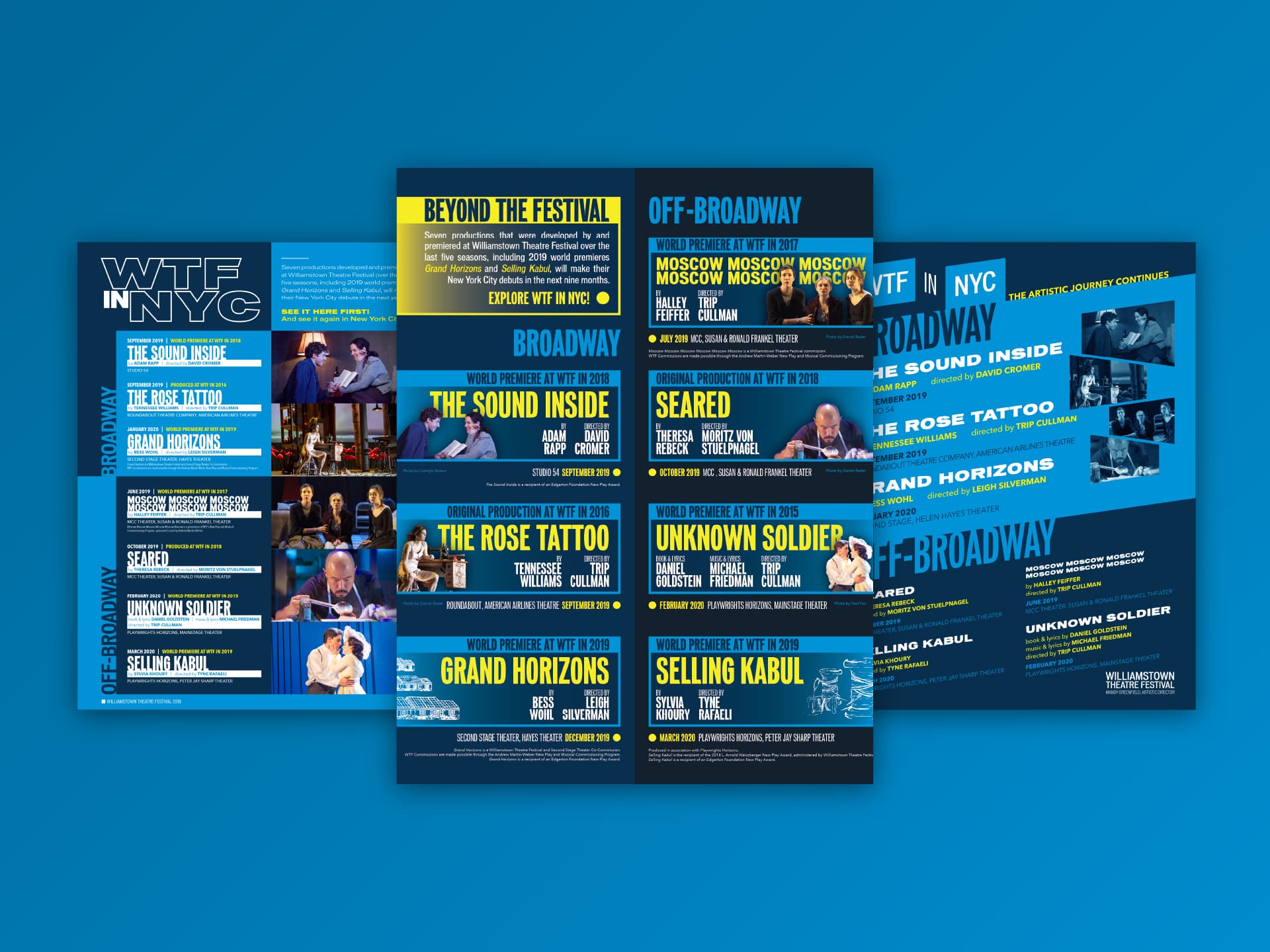 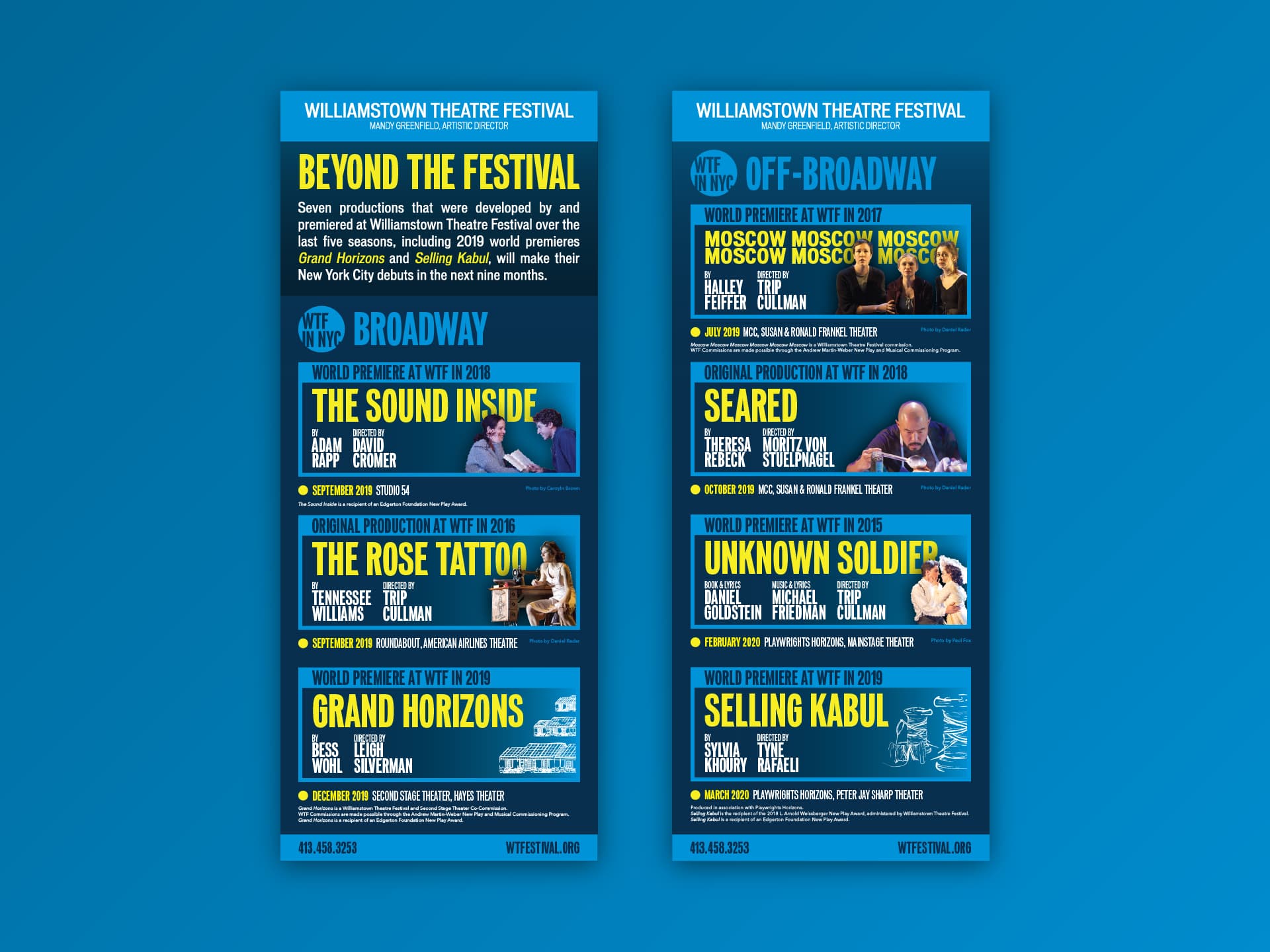 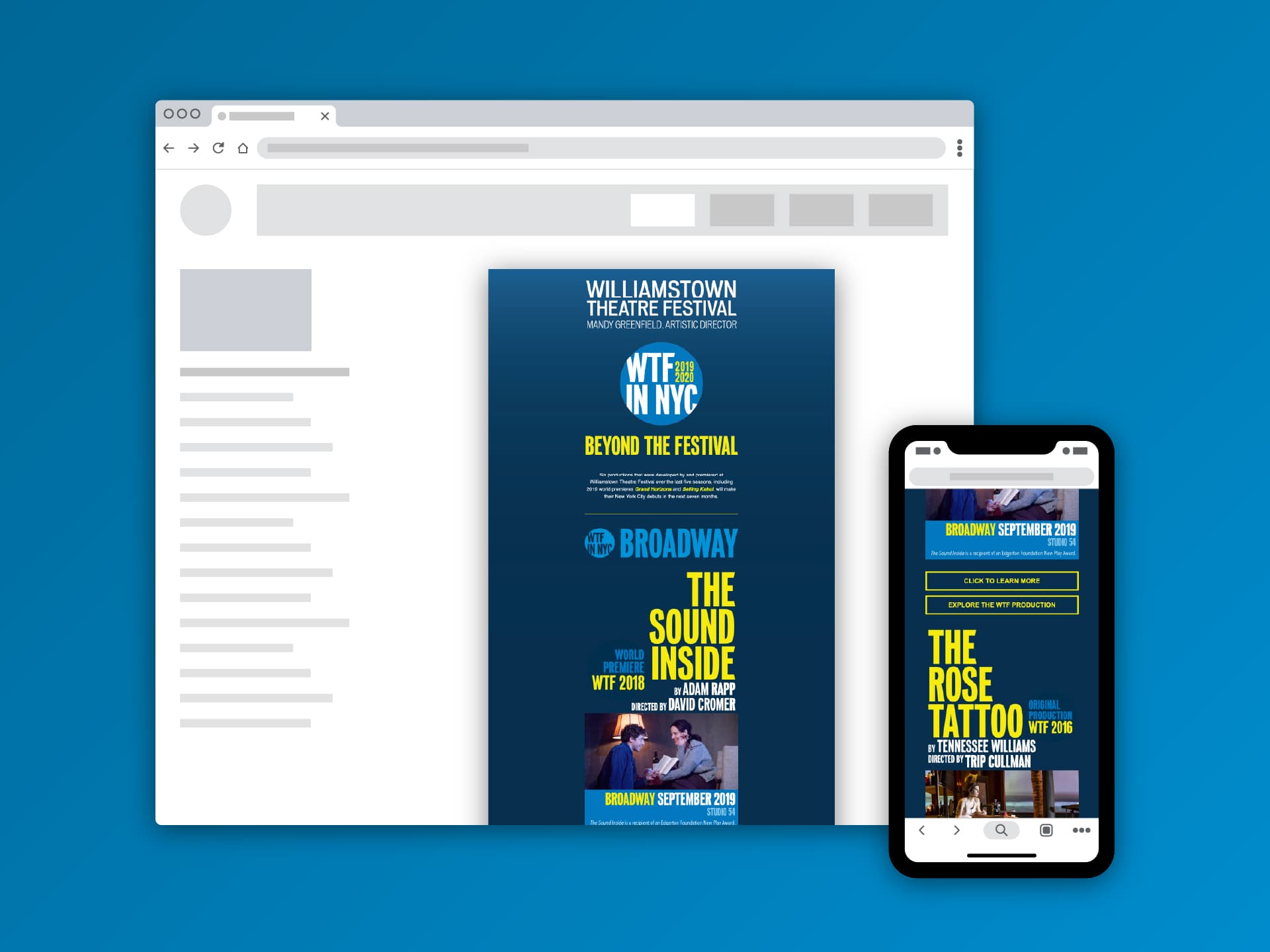