Inspired by sound design, I created a sculpture that evokes sinusoidal forms. By laser cutting plywood with patterns of holes (known as kerf cutting), the wood became much more flexible and even malleable. Individual modules retained their shape through tension and glue lamination, then stacked together to create larger forms. In this project, I aimed to materialize the abstract notion of sound into a physical object that alludes to aspects of sound design—the tension in the strings, the curvature of the modules, and the sinusoidal shapes of the laser cuts. 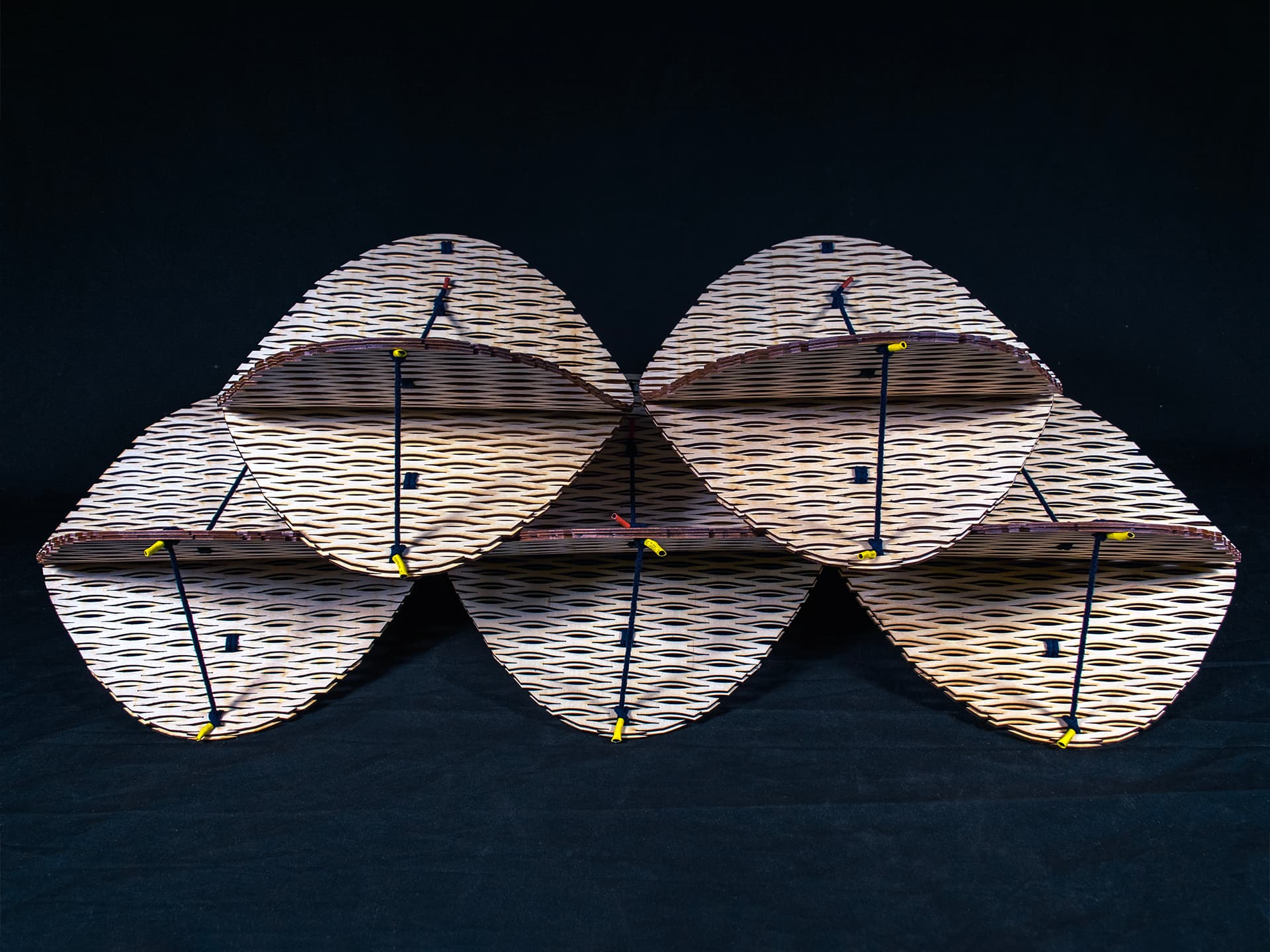 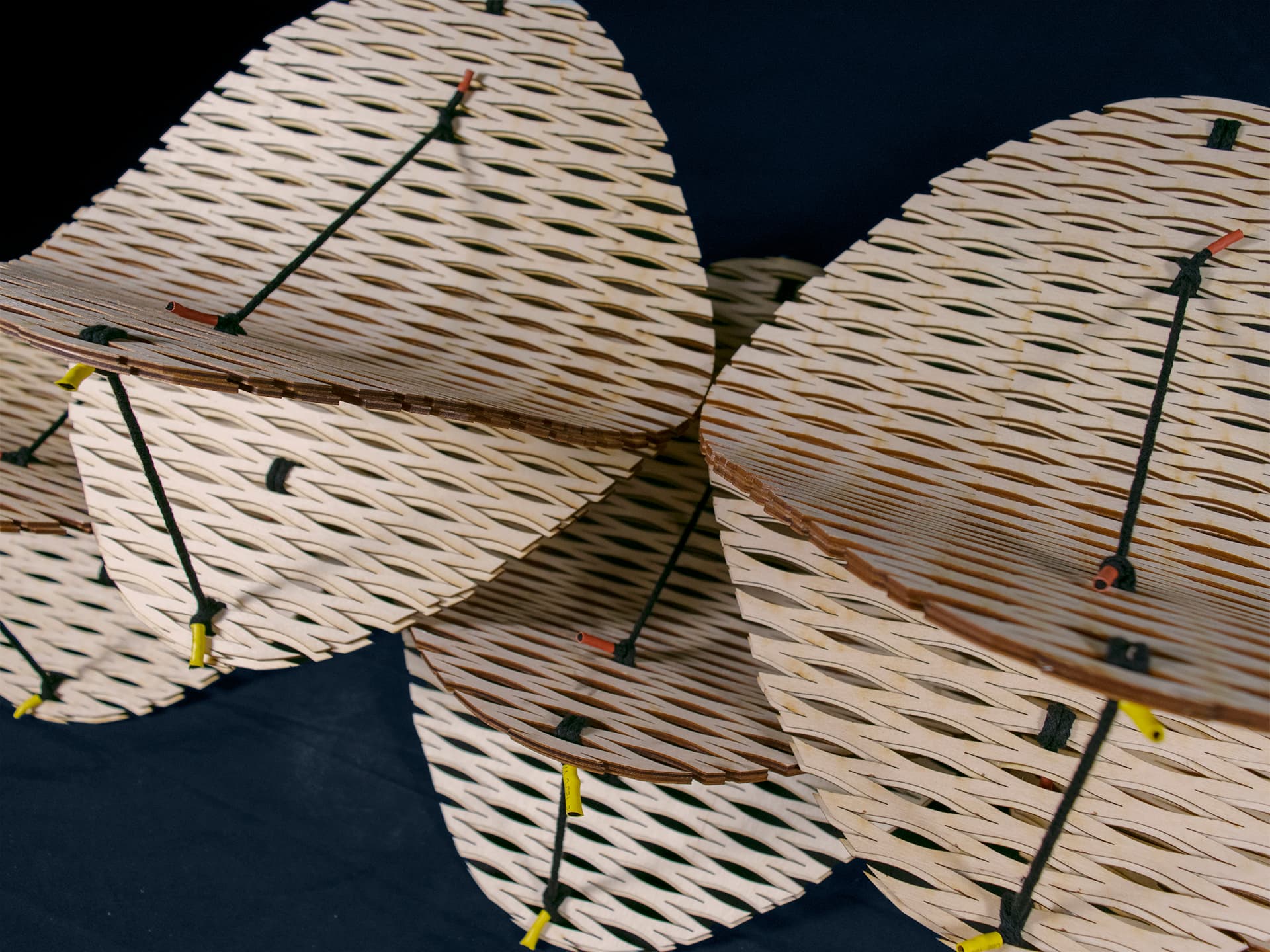 Working in a digital environment this time, I used parametric modeling to create structures through variable parameters and swappable inputs. I designed in the applications Rhinoceros and Grasshopper a program that takes an image input (pictured below: a dog with a watermelon hat) to generate a tent-like model. The resulting model generates poles, a blanketing surface, and light sources for the purposes of creating digital renders. 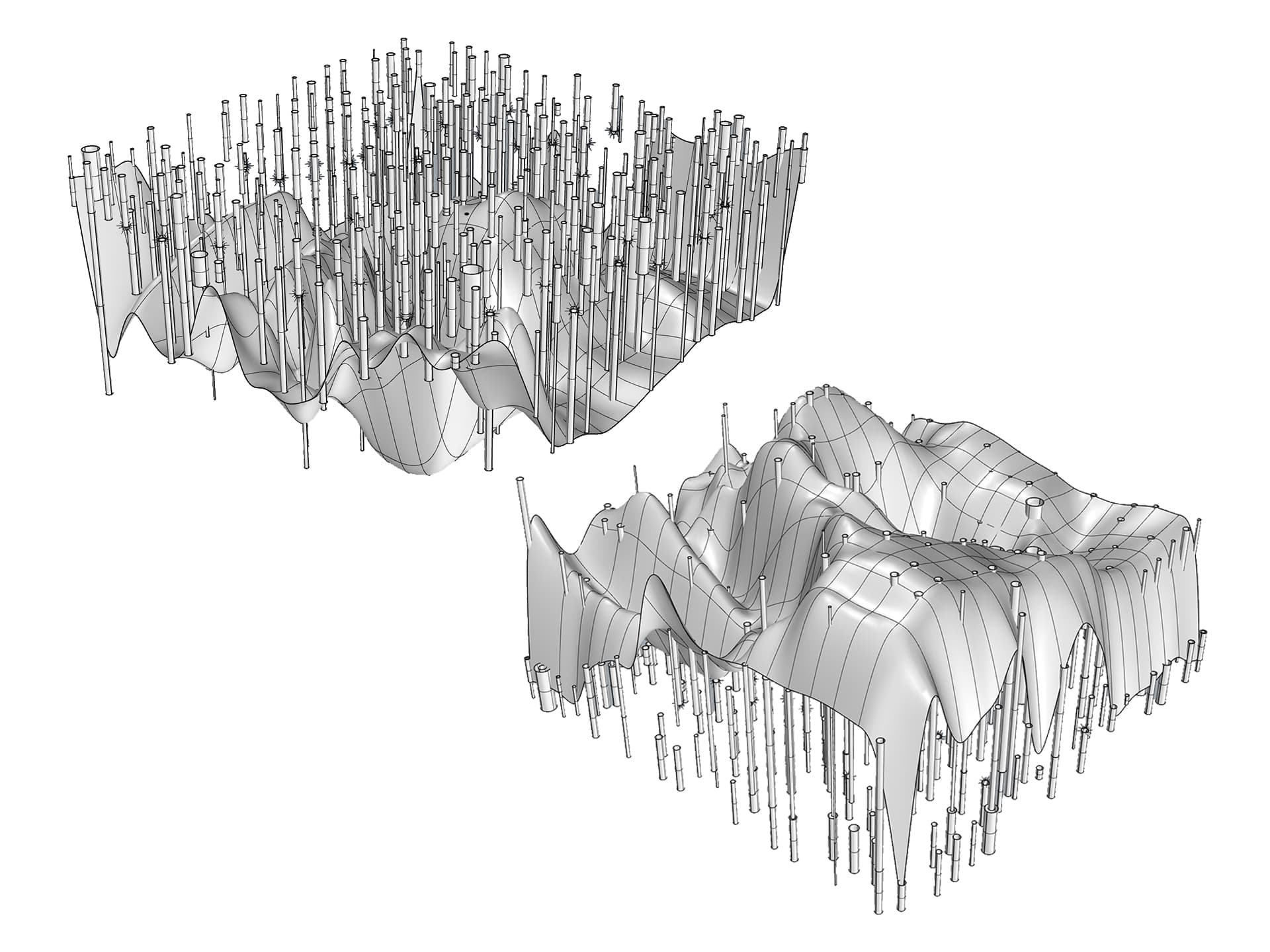 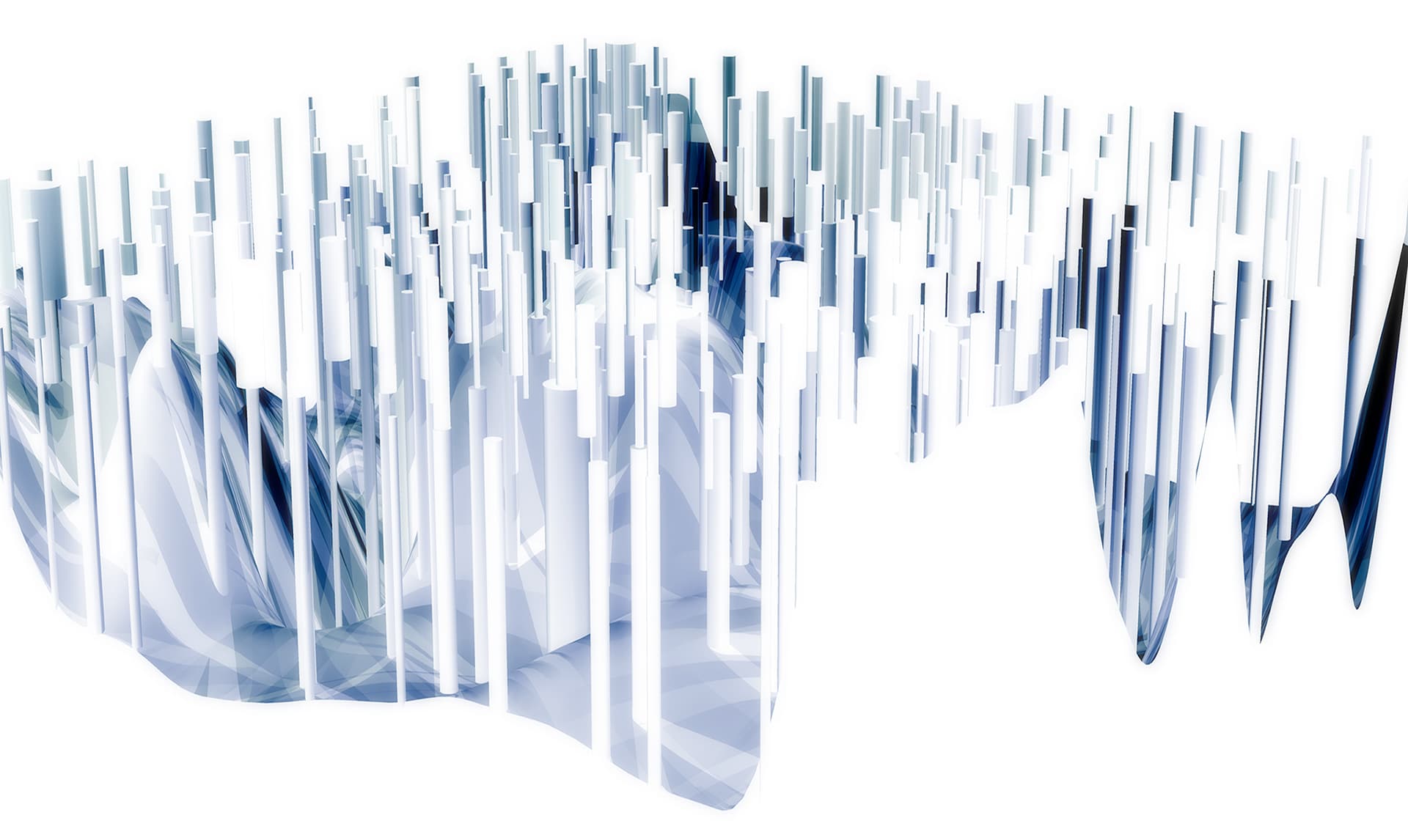